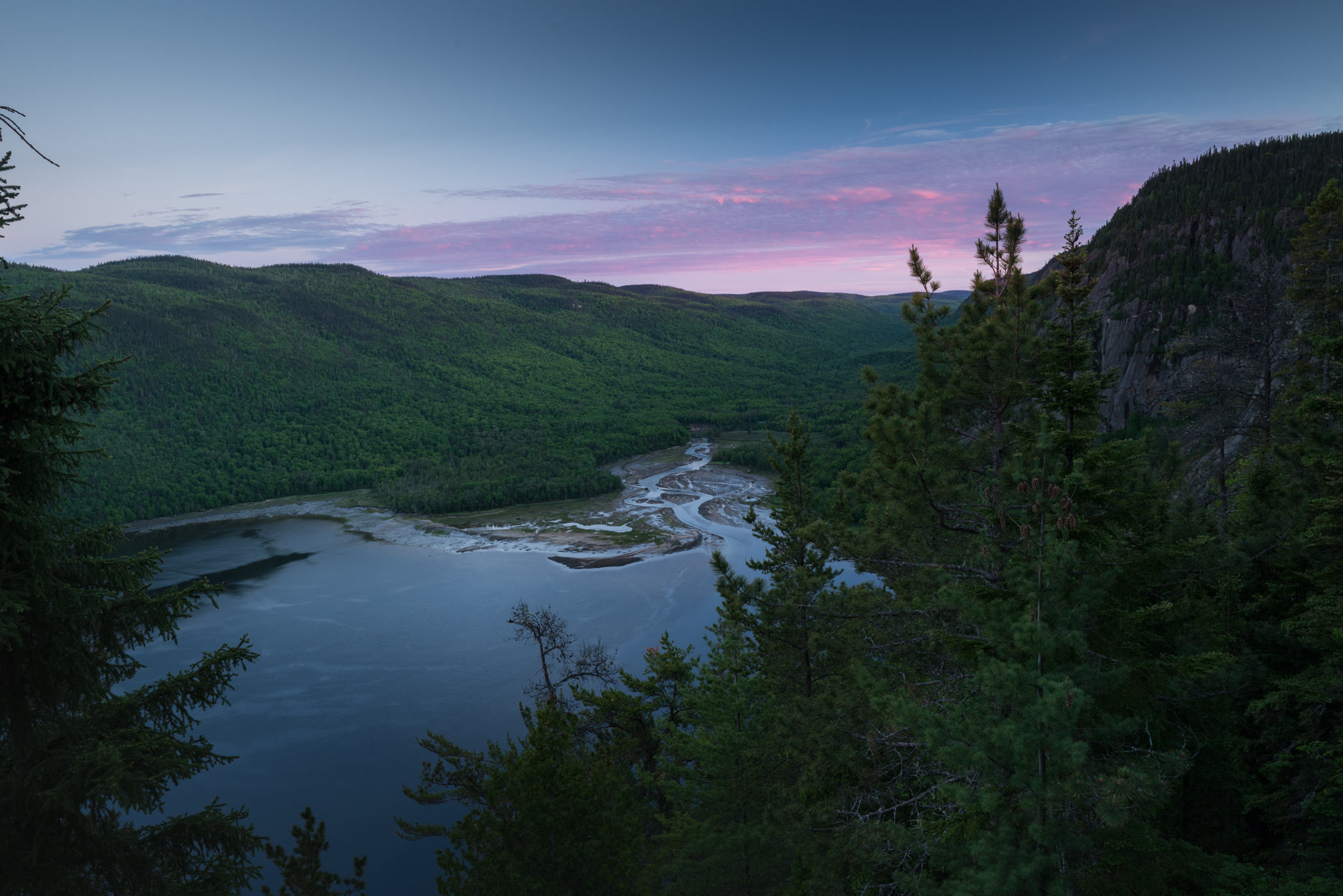 This is a small portrait of Saguenay-Lac-Saint-Jean. Why are we called «The Giants» or «The Blueberries»? And how can we describe the demographic sector?

Who are the Giants ?

“The Giants” refers to the vastness of our lands and our natural surroundings. Lac Saint-Jean is the largest inhabited lake in Quebec and Saguenay’s fjord is one of longest in the world, two more gigantic reasons why the region is named as such!

Due to the 23 million kilos of blueberries that are harvested each summer in the area, the population is proud to be named after the tiny symbolic field berry: “The Blueberries”!

And last, but not least, the genuinely kind “Saguenay-Lac-Saint-Jeannois.”

How big is Saguenay-Lac-Saint-Jean?

The region’s vast territory is consists of three main areas. The Saguenay Fjord begins at the mouth of the St. Lawrence River and runs along to the City of Saguenay, inspires awe with its jagged terrain and natural beauty and offers visitors a host of outdoor activities. There are three national parks in this sector (Saguenay St. Lawrence Marine Park, Parc National du Fjord-du-Saguenay and Parc National des Monts-Valin) that focus on wildlife preservation and organizing outdoor activities.

Saguenay is located in the heart of the region, which includes the boroughs of La Baie, Chicoutimi and Jonquière for a combined population of 148,900. Therefore, we can find festivals for all occasions, fine dining on outdoor terraces, laid-back coffee houses, authentic museums, in short, a city center that shows off the region’s many colors.

With 42 kilometers of beautiful sandy beaches, the third and final sector is a genuine Zen oasis: Lac-Saint-Jean! This sector also has its fair share of attractions: nautical adventures, cycling along the lake’s shoreline, a wildlife zoo and discoveries in agritourism. Guaranteed fun for everyone!

According to data from the Institut de la statistique du Québec, the population of the Saguenay—Lac-Saint-Jean region, in 2016, is 277 230 residents. The population is spread out over four regional sectors (Municipalité régionale de comté) including the greater urban centre of Saguenay. Close to 60% of the population is concentrated in the area of greater Saguenay. Finally, The remaining 40% is dispersed around the municipalities of Lac Saint-Jean.