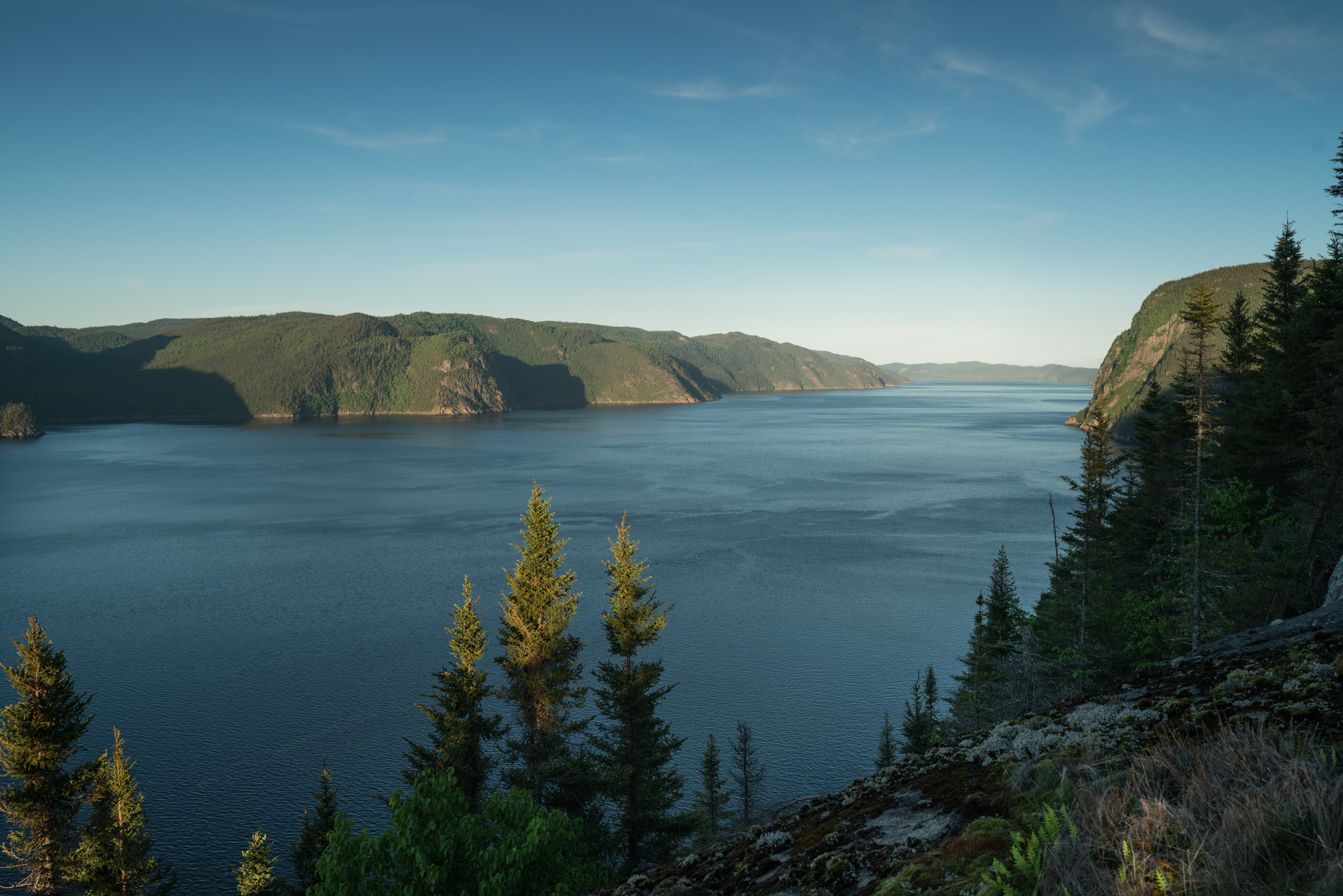 The Saguenay Fjord : it’s One of a Kind

A fjord is created in a glacially carved valley that is filled by rising sea water levels. The Saguenay fjord results from this phenomenon. It has a history of its own which explains his training and peculiarities. Have you ever wonder about its origins, its uniqueness and its magnificent geography? Here are the answers to your questions.

The only navigable fjord in North America. It is 105 km long, from Saint-Fulgence to Tadoussac, and 1.6 km wide on average (maximum width 3.2 km). It has a maximum depth of 275 m and its escarpments can reach up to 300 m.

When Do the Tides Come in?

The fjord was formed during the 4th and last ice age. The weight of the ice shaped the landscape and cut a valley into the land, thus forming what is now the Saguenay Fjord. It is estimated that the escarpments, today reaching as high as 300 m, were as impressive and high as the Himalayas.

Today, the escarpments can be reached in several ways, including parc national du Saguenay, where a series of trails lead to extraordinary viewpoints thousands of years old. One of those trails brings you to a nine-metre-high statue weighing three tonnes and representing the Virgin Mary. Created and erected in 1881, transporting such a large monument through steep terrain posed a formidable engineering challenge for the times!

When the ice cap melted, sea water invaded the region and formed the Laflamme Sea. In that era, salmon (saltwater fish) were bountiful in the region. Over time, the water receded, streams continued to flow into the Lac-Saint-Jean lowlands, and the lake water slowly lost all of its salinity. The Fjord, however, as it opens into the St. Lawrence River, is fed salt water downstream, and fresh water upstream.

Because salt water has higher density than fresh water, it flows under the surface water of the river. The surface of the Fjord (fresh water layer) freezes in winter, thus making it possible to build villages on ice. This creates a particular scenario as the sub-surface water is sea water, which means that we can fish for sea species while keeping warm in our fishing huts. The fresh water layer is all-important here because there would be no ice if there was only salt water, which does not freeze.