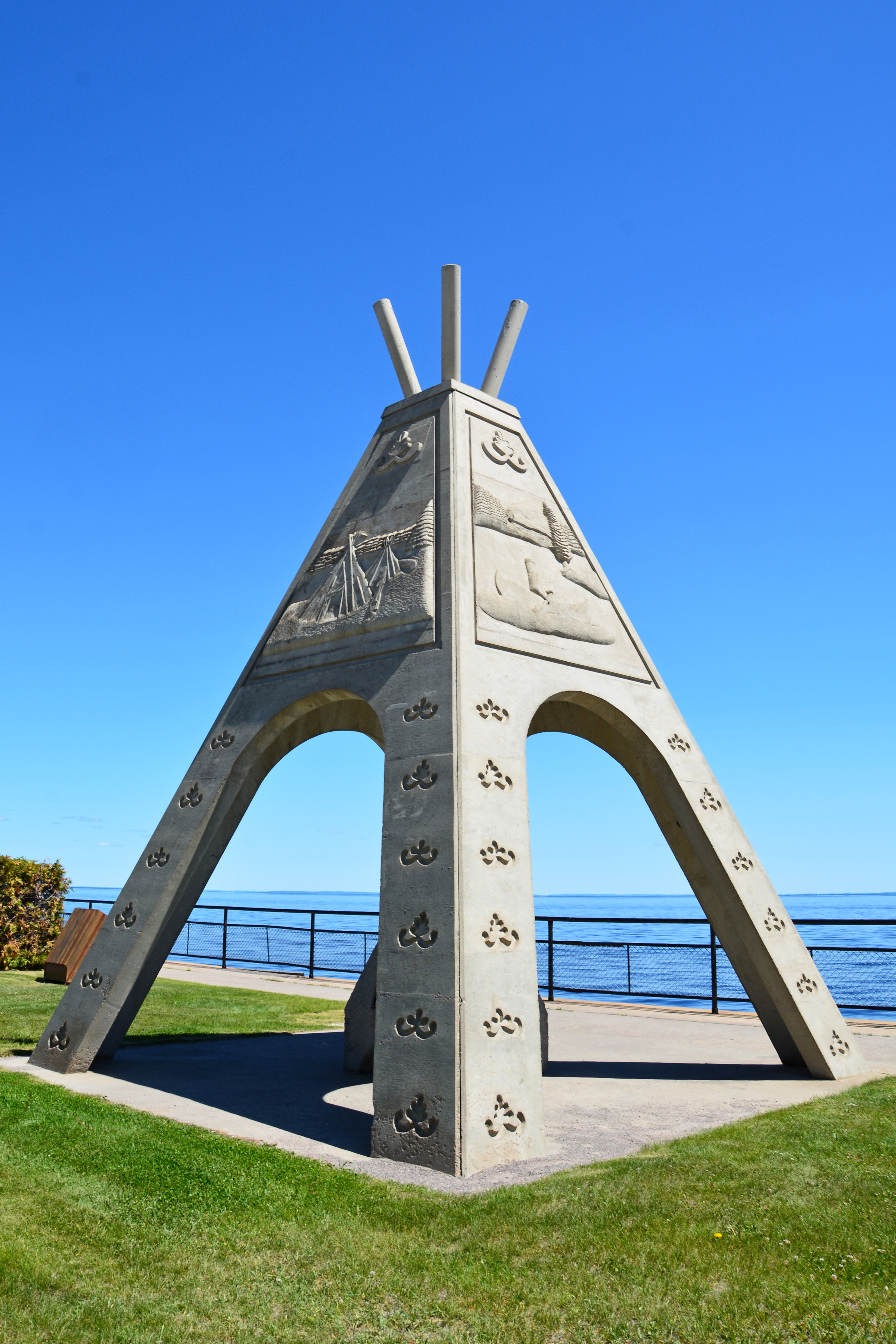 Quebec’s History: The power of a people

As they say, “unity is strength”. Here’s the story of Saguenay-Lac-Saint-Jean’s people who, by uniting, have come together and sealed their bonds.

When they arrived, Europeans named the native people they found here “Montagnais”, because the region is surrounded by mountains. In their own language, the Montagnais call themselves Ilnu (singular) or Ilnuatsh (plural), meaning “Human being(s)”; the family group which inhabited the Saguenay-Lac-Saint-Jean region bore a second name, Kakouchak, meaning porcupine.

Pekuakami (flat lake) was the meeting place of many Ilnuatsh families living in the Nitassinan territory (north shore of the St. Lawrence River, shores of Lake Saint-Jean, all the way to Labrador and Shefferville). Mashteuiatsh, the name of the Lac-Saint-Jean reserve, means “where there is a point of land”. Long before it became what we have known since 1856, that point of land was, for the Ilnuatsh, a much visited place. The community bore different names throughout its history; known as Ouiatchouan until 1985, when it was renamed Mashteuiatsh… it was also called “Pointe-Bleue” for a long time.

When one talks about parish-pump in Saguenay-Lac-Saint-Jean, it is not just a popular expression or administrative rivalry. In fact, during the construction of the Saint-Félicien church and presbytery, rumors circulated that not only was a church to be built in Saint-Félicien, but a cathedral. The Vatican seemed hesitant regarding the location of the cathedral, Saint-Félicien or Chicoutimi.

Lac-Saint-Jean communities were counting on this development because, in 1870, a diocese and cathedral meant employment, population growth. Finally, the decision favored Chicoutimi and, in 1878, the Chicoutimi Diocese was officially opened. The decision left a bitter taste in the mouths of Lac-Saint-Jean residents for years. Even, some parish priests were loud and clear on the issue.

When in Saint-Félicien, take a close look at the presbytery, when it was being built, although modest in size, expansion and the addition of an upper story were planned for the coming of the diocese.

Over time, the rivalry gave way to other concerns. While there is sometimes a bit of tension between the Lake and Saguenay areas, we think in terms of complimentary with each other. The fertile Lac-Saint-Jean lands generate jobs and food and its large water basin is ideal for hydroelectric development. In the Saguenay area, with its large urban center, manufacturing and transformation industries play a major role in the lives of residents. On all sides, water and forest are bearers of resources, jobs, as well as tourist attractions.

Education and Government in Quebec

During the 1960s in Québec, we witnessed vast modifications to the structure of the educational system. The Cégep system (Collèges d’enseignement général et professionnel) is put in place, along the Universités du Québec network. In the Saguenay-Lac-Saint-Jean region, four Cégeps and one university were established. Each educational facility was given the opportunity to develop specific programs of regional portent or that were only offered in the region. The University today offers highly specialized programs which set it apart from other universities.

Restructuring was not limited to education in Québec, municipal and regional gestion were also given new mandates. Economic and demographic developments gave rise to Municipalités Régionales de Comté (MRC), or Regional County Municipalities, school boards, and municipal mergers. The last and most encompassing, which caused so much controversy in 2002, was the merger of the three largest municipalities in the Saguenay region: Jonquière, Chicoutimi, and La Baie, along with four of their smaller neighbours, Laterrière, Shipshaw, Lac Kénogami, and Canton Tremblay. The new agglomeration is now called Saguenay, the 6th largest city in the province.